That's what you mean isn't it? The Almighty Defenders...
Posted by Daniel Wade at 10:45 39 comments

What's the deal with US and UK album release dates?

Why can't I get my next favourite record the same time as everybody else?
Posted by Richard Anderson at 17:18 0 comments

Off the beaten Tracks

Friday is a good day.

It's a day to dream of shenanigans that lye ahead over the coming weekend. It's a day to switch between doing work you get paid for and the various tabs you've opened on your desktop...Facebook anyone? And it's just the best day to take advantage of said slackness and discover the brand spanking new music that sit's unexplored across the vast vastness of the blogosphere. 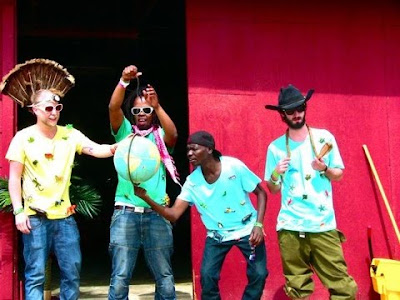 Warm Heart of Africa-(Feat Ezra Koenig):-Just when you thought Ezzy couldn't be more like Paul Simon... 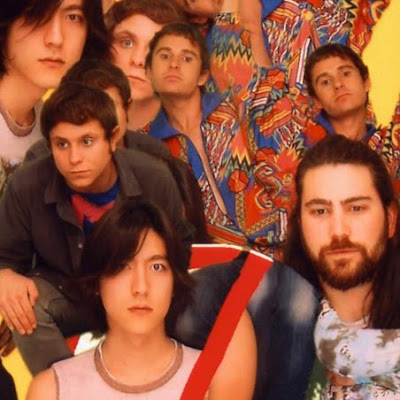 We Are Water-Health: Taken from 'Get Color', their forthcoming second full length. It duly makes light of '2nd album issues' in just over 4mins of pure, unhinged glory. 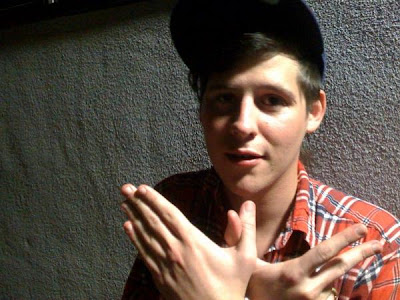 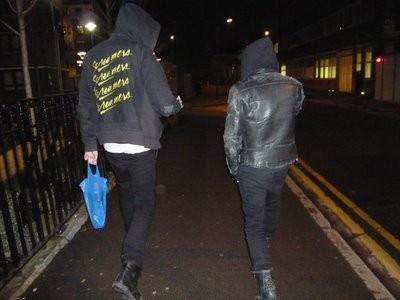 Dominos-The Big Pink: Undoubtedly my favourite new British band. One listen of this and you'll be humming the shit out of it for weeks.
Posted by Daniel Wade at 17:31 0 comments 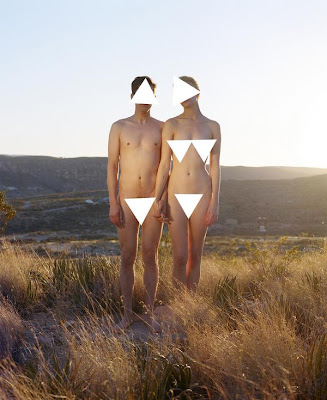 YACHT are a Portland band I'm sure I'll be sticking with for much longer than a summer.

Signed to James Murphy's DFA records, home to LCD soundsystem, Prinzhorn Dance School, Hercules and Love Affair and Holy Ghost!, the embarrassingly talented duo of Jona Bechtolt and Claire L Evans make the dreamiest most trippingly positive music around. And every single person in the entire music industry that actually matter, adores what the duo are putting out.

Like a new age healer, Bechtolt produces triangular stimuli that incorporate a collection of ever changing elements. Live music, PowerPoint visuals, immersive audio and shamanistic video's. It's an experience that goes way beyond any thing produced on stage today and it's a forage into a brave new world that looks nailed on to succeed.

New Mystery Lights, their debut album, marries the pure hedonism of Animal Collective and the forward thinking drive and funk of Eno and ESG. It's a masterpiece in physical form and it's out now to own. Released 4th August.

A DUMP AND CHASE. WARM UP THE BUS HOCKEY. OR SHOULD THAT BE YACHT? 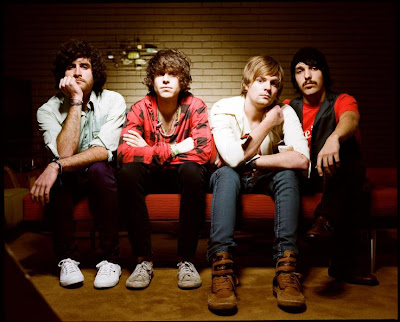 Since May I've seen Portland 4 piece, Hockey not once, not twice, not thrice but four times. It's been a blast. Mind Chaos, their brilliant debut record, is due out August 24th and it really is very very good. I wont be getting it though. If truth be told, I'm bored of the band. Our relationship is as stale as that 3 day old slice of Hawaiian beside your desktop.


Bare in mind I've only known the band all of 4 months max and have invested time, effort and dollar into them. Just when the fruits of their labour should be budding an overwhelming sense of overkill has dampened any excitement i might have for perhaps the most important month of their time as a band.

It's sad and i fell kinda bummed but in the 4 months together I've not paid for a single gig, all were free, and I've heard every single track off the LP more times than perhaps any record I physically own.

The problem for as far i can see, you may think otherwise, is that Hockey have been way too accessible. Their first London gig was in December 2008 and they've since moved to the capital for what can only be described as a full on UK, record label, chart assault. Of course, it's worked a treat. They've played not only IOW, Glastonbury, Great Escape, Camden Crawl, Levi's sponsored shows and worst of all T FUCKING 4 ON THE FUCKING BEACH. I guess that shows the width of audience they're aiming at and why not. They'll chart well and sell truck loads of records but I, and i guess a fair few others too, wont be sticking around to dangle the teet.
Posted by Daniel Wade at 20:45 0 comments