Friday (31st October) saw the 52nd BFI London Film Festival draw to a close after yet another fascinating insight into what promises to be a stella year for cinema.
As well as showcasing the works of internationally renowned directors the festival celebrates the emergence of rising talents and continues to revel in the staggering quality of independent films.
Among the obvious choices of films such as 'Quantum Of Solice' and 'The Other Man', the latest offering from award winning director Richard Eyne (Notes Of a Scandal). A selection of pictures soundtracked by the bands we adore stood out during the 15 day event. Here’s our pick of a very good bunch. 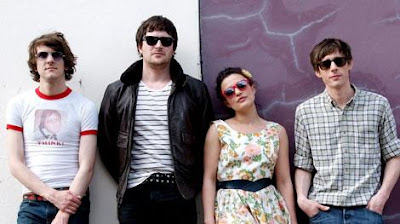 First up is the Giles Borg directed '1234', a heart-warming witty film that captures the independent spirit of starting a band.
Enduring the burdens of a job he despises and wallowing in the self pity of life without a girlfriend. Stevie and his drummer pal Neil start a band with Billy Dixon, an experienced and driven individual who helps the pair exceed the fortunes of previously failed attempts.
Grappling with success of the band and tensions between the members, the film creates an honest and original feel, something that’s previously been lacking in films of a similar nature. The Soundtrack effortlessly matches the independent spirit of the film, referencing Yummy Fur, Prolapse and Comet Gain while shamelessly rocking out with the backing of The Stooges, Pixies and Velvet Underground.1234 trailer


Next up is another British picture, directed by Pat Holden, ‘Awaydays’ sees Paul Carty (Nicky Bell) do he’s upmost to evade the tedium of a 9-5 existence. Whether he’s chasing skirt, fighting, going to the Football or taking drugs, Bell resists all normality and executes his role down to a tee. Carty, who’s left feeling bereft by his fraught family life and dull job, becomes friends with Berlin Bowie romantic Elvis (Liam Boyle), someone 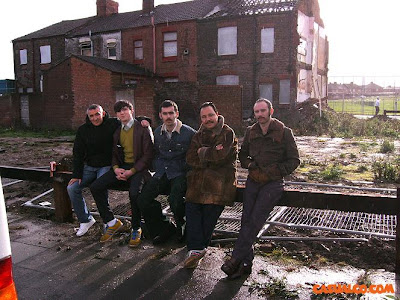 who shares his passion for old records and Echo And The Bunnymen, played during the film by The Rascals. Throwing himself into The Pack, a gang of Football hooligans Elvis finds it hard to distance himself from, Carty absorbs himself in boozy train journeys, violence and endears himself to The Packs general, John Godden (Stephan Graham). Set to the backdrop of the Wirral, a town suffocated by the iron grip of the Thatcher reign, Awaydays is an intelligent and superior document of Hooliganism, something that other films in recent times have tried and failed to portrayal. The film is as frantic and compelling as its soundtrack, a series of Post-Punk classics that accompany a deep and brutal story perfectly.


Telstar, a film documenting the life of genius producer Joe Meek, is peppered throughout with Pop cameos and a soundtrack so befitting of its 50s, 60’s setting. Written and directed by Nick Moran, Telstar is adapted from the stage to the big screen effortlessly and loses none of its original spark. From a flat on Holloway Road Meek developed techni

ques in recording that had never been seen before, produced a succession of hit singles and became the biggest producer in Britain during the late 50’s and early 60’s. Moran captures the essence of the story perfectly as well as doing justice to the hits such as ‘Just Like Eddie’, ‘Johnny, Remember me’, ‘Have I The Right’ and ‘Telstar’. Below is the Soundtrack to Telstar:

1. Theme From The Traitors
by The Packabeats
2. Johnny Remember Me
by John Leyton & The Outlaws
3. Swingin’ Low
by The Outlaws
4. Telstar
by The Tornados
5. Don’t You Just Know It
by Screaming Lord Sutch & The Savages
6. The Isle of Capri
by The Fabulous Flee - Rekkers
7. Play it Cool
by Billy Fury
8. Jack the Ripper
by Screaming Lord Sutch & The Savages
9. Been Invited to a Party
by Heinz & The Saints
10. Be - Bop - A - Lula
by Gene Vincent & The Bluecaps
11. The Bee Song
by Arthur Askey
12. Just like Eddie
by Heinz & The Saints
13. Three Coins in a Sewer
by Alan Klein
14. Temptation Baby
by Gene Vincent & The Bill Shepherd Orchestra
15. Have I the Right
by Honeycombs
16. Night of the Vampire
by The Moontrekkers
17. Crawdaddy Simone
by The Syndicats
18. Please Stay
by Duffy


Love You More preview from

Matt Cooper on Vimeo.
Love You More, a short film inspired by 70’s punk band The Buzzcocks centres around the day in the lives of two teenagers, Peter (Harry Treadway) and Georgia (Andrea Riseborough). A day in which they meet at the record store, discover their love of The Buzzcocks, fall in love and lose their virginity. Directed by Sam Taylor Wood, Love You More has already been showered with critical acclaim as well as being endorsed by Peter Shelley (Lead singer of The Buzzcocks). During filming Shelley visited the set and in he’s own special way thanked the cast with a rendition of an Elvis classic. 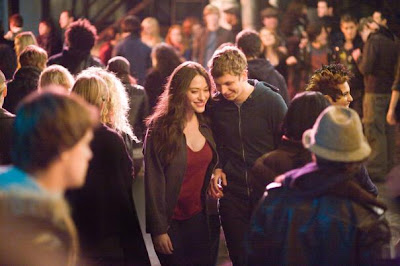 Apparently made for those who have tried to woo someone with a mixtape, Nick and Norah’s Infinite playlist borders on the sweetly/sickly taste in the same way Juno did. Starring Michael Cera (Juno) as Nick and Kat Dennings as Norah, the film see’s the two of them thrown together in the course of a New York evening. Nick, a ‘straight edged’ bass player in gay indie band ‘The Jerkoffs’ is struggling to get over his ex, that is, until he meets Norah, a complicated music obsessive, at a gig and their relationship grows in the course of the evening as they search for a secret gig of their favourite band. Directed by Peter Sollett, Nick and Norah’s playlist is AMERICAN there’s no doubting that but with a soundtrack comprising of the likes of Vampire Weekend, Band Of Horses and Modest Mouse to name a few its well worth gander.
Posted by Daniel Wade at 21:03